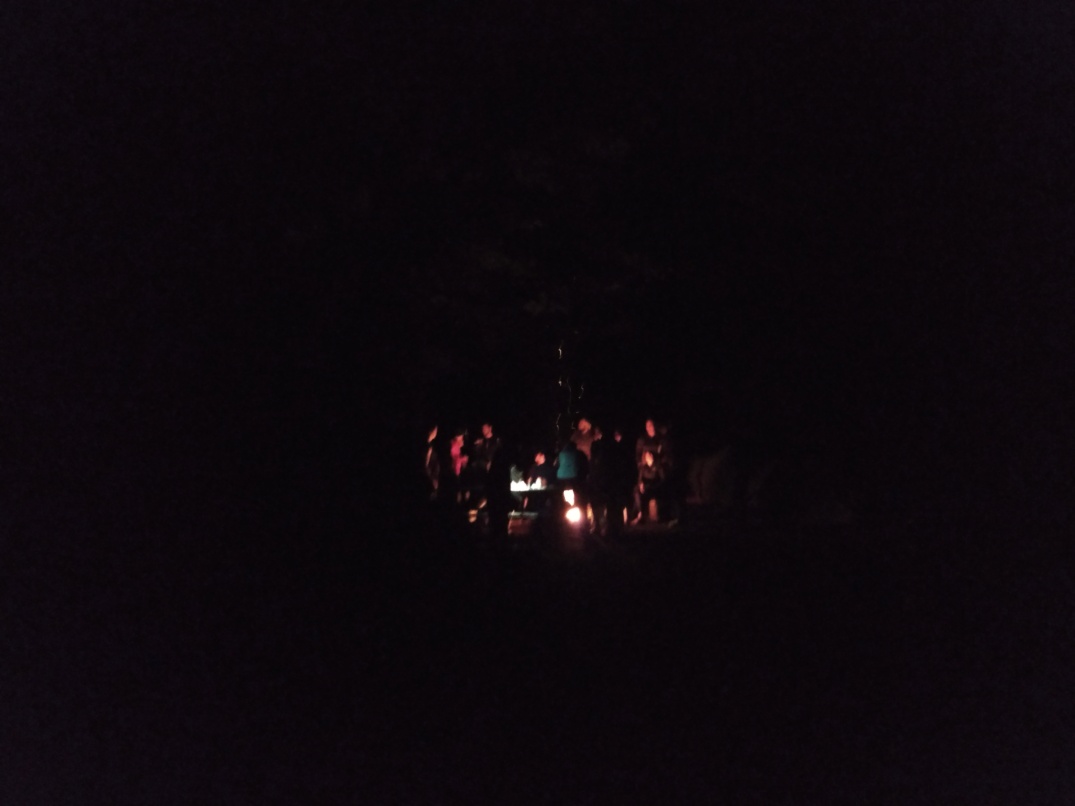 When the mountains have tucked the sun snugly to bed under a thick wool coverlet of blackest black, the moon rises, and takes matters into her own hands.

First one star joins her, then another, and as their band grows they sing a silent song of rest, and safety.

The frogs hear the song, and take part with their deepest and best bass, the crickets tune their fiddles and join in, the coyotes sing the bridge, and at that signal, laughing squads of lightning bugs take flight, dancing out and out and out until the meadow matches the sky.

A mischievous paradox links hands with the quiet air, brushing my face with warm  swaths of day-old grasses that had just begun to ferment under the sun, and snuffs of dizzily sweet locust, and surprising shiver swirls wherever my skin is bare to remind me of why the mountain creatures are tucked down warm into their nests.

“Be at peace, and sleep,” sings the night song. No response can be expected from the mountains, for the rise of the stars has buried them even more deeply under their inky coverlet.

“Come away with us, and dance!” cry the lovesick fireflies.

“Follow me,” whispers a moonbeam, twinkling distractingly on silent paths of white, “I will show you things no one else shall see.”

A bat zooms by, feasting. An owl shouts for his wife but she doesn’t hear him because she is busy shouting for someone else. Baby whitetail flicks his tail, and nudges his mother’s belly. Mr. Opposum sneaks out of his oak tree and takes a back way, hoping his neighbor will not follow him to the stawberry bed, because he wants all the strawberries AND all the grubs for himself.

The stars sing on. The crickets play on.  Fireflies dance on.

How can anyone leave this scene, and go to sleep?